Towards an Agile and Evidence-based Pension System

In the current economic environment, a fiscally sustainable pension design requires longer working careers. The relevant policy question regarding the pension system concerns how to prolong careers and raise the effective retirement age. The common answer has been to increase the rewards for working longer, in the form of a larger pen- sion. However, we have inadequate evidence on how individuals adjust their retirement decisions according to these financial rewards. Another question is the working capacity of the elderly work force. Recent policy discussions have revolved around increasing the part-time work of those with limited working capacity. Additionally, there is a firm belief that more flexibility with respect to work hours can ultimately prolong one’s career. For this reason, the Finnish pension system has included a part-time pension scheme and currently includes a flexible partial old-age pension. However, we have little knowledge about whether these types of programs improve work capacity and prolong working careers.

In this report, we summarize results from two recent research projects1, which focused on workers’ retirement decisions and the effects of work hours on elderly workers’ labor supply and health. In the first study, we exploit the Finnish pension reform from 2005 to study the determinants of the timing of retirement. In a large portion of the retirement literature, labor market exit decisions are studied in the context of financial incentives. We extend the approach to also include a pension eligibility age effect, which means that reaching the certain statutory pension age itself influences retirement decisions. We call this effect the “relabeling effect” because the reform we study reduced the full-retirement age from 65 to 63. Previously retiring between ages 63–65 was considered early retirement but the reform relabeled these individuals as full retirees who were entitled to full pension without early-claiming penalties. We can separate the effects stemming from increased pension wealth, marginal accrual and statutory age, and we show that the relabeling effect is large relative to incentive effects.

The second study contributes to a question what has been studied relatively little, namely, whether there is any advantage in reducing work burden in the late period of one’s career. The aim of the Finnish part-time pension program was to make it pos- sible to reduce one’s work burden at the end of his or her career and thus maintain the capacity and motivation to remain in the labor force for longer than without this option. The analysis shows that while there is no evidence that decreasing the eligibility age increases the retirement age on average, there are decreasing early labor market exit risks for a subgroup whose sickness outcomes – compared to other part-time retirees – were worse before they took their part-time pension. That is, for individuals with poor health, having the option to reduce their workload late in their career can indeed lengthen their career. We also study the effects of a reform that decreased the eligibility age of the part-time pension program from 58 to 56. Surprisingly, the reform increased drug purchases, while its effects on sickness absences are unclear. We cannot determine the mechanism but can speculate that increased leisure time was partly utilized to take care of one’s own health.

These two studies exploit pension reforms, sophisticated econometric techniques and improved microdata, shedding new light on the effects of pension policies. The report is organized as follows. In the next section we compare the Finnish pension sys- tem and the Finnish pension reforms to those in the OECD countries. In section 3, we discuss the earlier findings from the quasi-experiments studying the effects of pension rules on retirement. In section 4, we describe the findings from the evaluation of the pension reform from 2005. In section 5, we describe the part-time pension system and how it has been used to study the effects of work hour reduction on health and labor market exit. Section 6 concludes.

We conclude by drawing three policy conclusions. First, our analysis of the Finnish pension reform of 2005 showed that when retiring, people are influenced by more than financial incentives. The retirement decision is strongly influenced by eligibility ages per se. Tinkering with eligibility ages seems to give policy makers a new important tool to influence retirement ages and thus ensure the fiscal sustainability of pension systems. However, we are also concerned with maximizing the welfare of the insured individuals. The relabeling effect might cause people to make decisions that are not optimal for their wellbeing. In that case, prolonging working careers through labeling might not be the welfare-maximizing way to design pension systems.

Second, in the part-time pension analysis, we showed that especially for a subgroup with worse health outcomes, working part-time is beneficial: this group purchased fewer drugs and had a lower early labor market exit risk, while on average, part-time retirement did not lead to major savings in health-related costs. In designing pension reforms, these types of not-directly-retirement-related costs and benefits should be carefully considered.

Third, we have exploited reforms to make causal inferences. When designing re- forms, it is crucial to also design their evaluation. Some reforms simply go to waste in terms of how much we can learn from them, whereas some offer powerful qua- si-experiments. The 2018 labor market activation reform acts as an example of the former, and, the 2005 pension reform is an example of the latter. Reform design can be undertaken with the support of researchers or through a general understanding of program evaluation within the civil service. 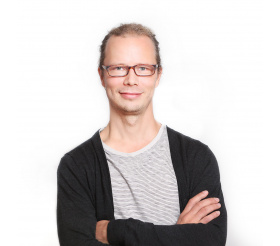